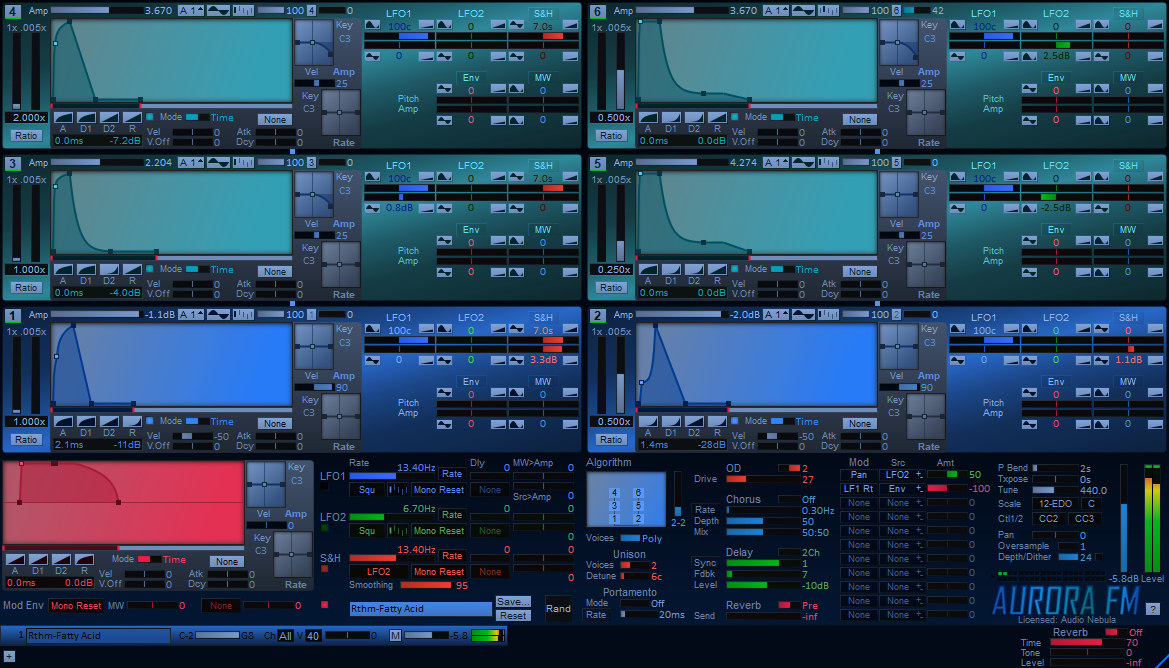 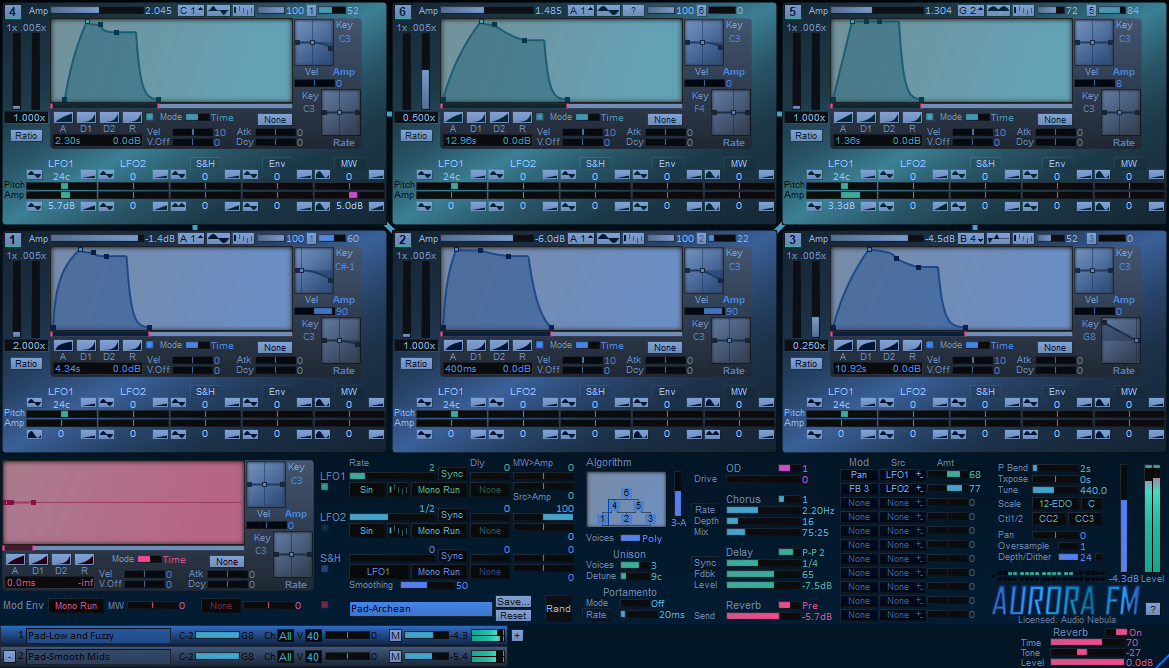 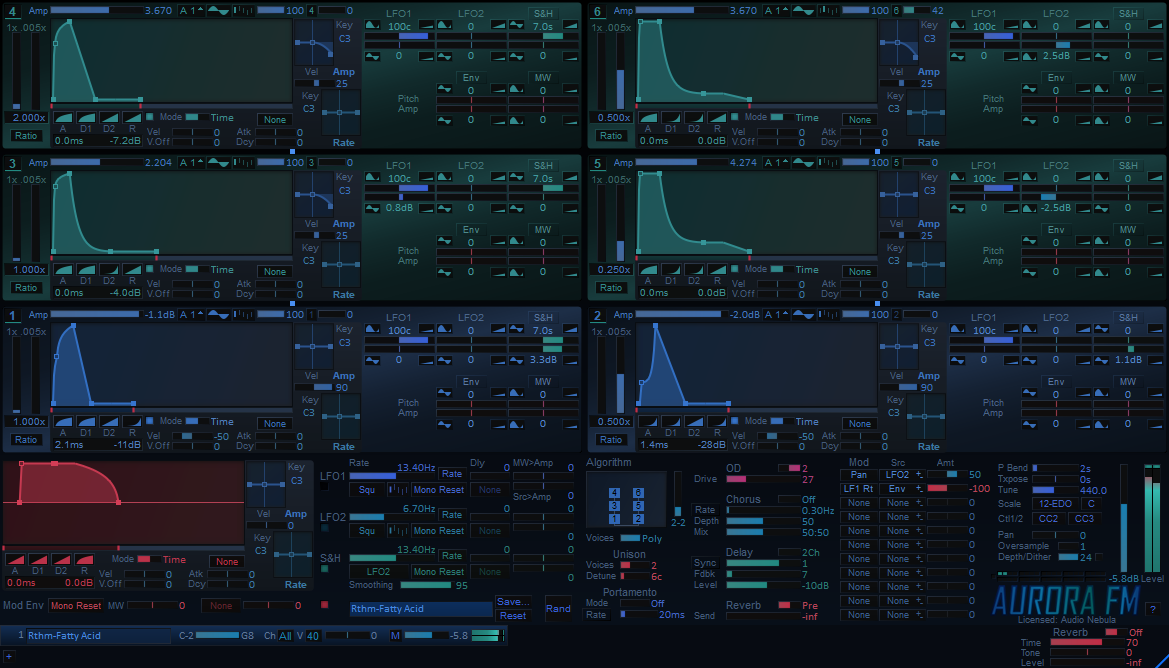 The link below is for a download of the full version. Aurora FM will run in Demo Mode* until a license is purchased. Purchasing a license entitles you to a guarantee of resolutions to any bugs or compatibility issues you may encounter and a lifetime of updates for as long as I'm able to keep adding features and making improvements.

The license is a perpetual license file to run Aurora FM on any computer you own.

Just a tiny sample of all the nice things some lovely people have said about Aurora FM:

"Great synth by the way, I love how it sounds. I get the most glorious pads from this thing." - P.B.

"it deserves to be up there in everyone's mind with the best FM synths" - D.W.

"this is love at first sight, i have tried a load of software FM Synths and this one (To me) is the pack leader!" - R.T.

"I really think Aurora is the best sounding fm softsynth I have heard, no dull mids or harsh highs" - F.B.

"Aurora has become one of my favorite VST instruments" - E.F.

54 AMAZING patches from the incredibly talented ElVicente! 31 from his brilliant exclusively Aurora FM entry in KVR's One Synth Challenge #155, Prelude to Aurora, and another 23 more!

And as if that's not enough, here's a video he made demoing a bunch of them!

All the thanks to ElVicente for the amazing work!

Prelude to Aurora by ElVicente.

I absolutely love the composition and the programming! This is seriously top-notch work. I'm deeply honoured!
Thank you so much for sharing, ElVicente!